Epilepsy is a neurological disorder that causes recurrent seizures in the person suffering. These seizures appear when groups of nerve cells (neurons) in the brain send out erroneous signals. This can cause violent muscle spasms or even a loss of consciousness.

What are the symptoms of epilepsy?

The symptoms of epilepsy vary from one person to another. They emphasize the episodes of confusion, the loss of awareness and violent tremors. Some people have a strange sensation before suffering a seizure, which can be for example be a tingling sensation or emotional changes. 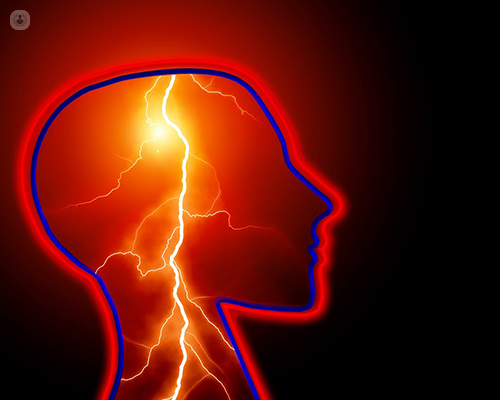 There are different categories of seizures which include:

There are multiple causes of epilepsy; from diseases, brain injuries and abnormal brain development. However, in many cases the cause that produces it is unknown.

Among the most common causes are:

Can epilepsy be prevented?

There is no form of prevention for epilepsy, however, eating a proper diet, sleeping the recommended amount of hours and avoiding drugs and alcohol can decrease the likelihood of triggering seizures in people with epilepsy.

What is the treatment for epilepsy?

The treatment for epilepsy consists of anti-seizure medication, lifestyle changes (e.g. adopting the ketogenic diet has shown some success in reducing seizures) and surgery. Surgery involves removing part of the brain causing the seizures, however, this is not always possible. Additional therapies can include vagus nerve stimulation and deep brain stimulation.

Any cookies that may not be particularly necessary for the website to function and is used specifically to collect user personal data via analytics, ads, other embedded contents are termed as non-necessary cookies. It is mandatory to procure user consent prior to running these cookies on your website.