Dr Nick Cholidis has been a consultant paediatrician since 2015, mainly specialising in children with epilepsy, headaches, neurodisability and maintaining clinical excellence for all competencies within general Paediatrics. He is currently based in Rivers Hospital in Sawbridgeworth, Hertfordshire.

As he is a keen educator, Dr Cholidis held a teaching position at the Royal College of Paediatrics as Tutor between 2015 and 2019. During this period, he oversaw the re-structure of paedatric training locally and helped in welcoming the new improvements, specifically in quality and reputation. He has a special interest in medical education and is the Training Programme Director for Paediatrics in the East of England Deanery where he is responsible for delivering the curriculum to regional paediatric trainees. He is in the process of completing his Master's degree in Medical Education at the university of Cambridge.

Whilst balancing his time as a programme director and consultant paediatrician at the Rivers Hospital, Dr Cholidis also holds an NHS position at the Princess Alexandra Hospital in Harlow, Essex leading the service for paediatric neurology and epilepsy and is a professional member of the British Paediatric Neurology Association and the Medical and Dental Defence Union of Scotland (MDDUS). For the last 5 years he holds weekly clinics for general neurology where he deals with children with nerve and muscle abnormalities, headaches, tremors etc, as well Epilepsy clinics for new referrals and children and young people with established diagnosis. 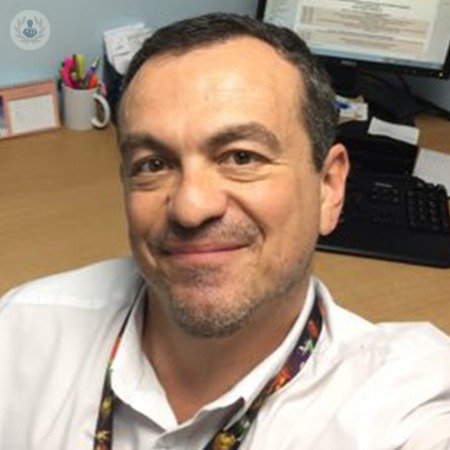 What is epilepsy? Epilepsy is a neurological disorder that causes recurrent seizures in the person suffering. These seizures appear when groups...

What is a headache? A headache is one of the most common day-to-day pains felt by people. Headaches come in different forms and vary in their i...

Any cookies that may not be particularly necessary for the website to function and is used specifically to collect user personal data via analytics, ads, other embedded contents are termed as non-necessary cookies. It is mandatory to procure user consent prior to running these cookies on your website.